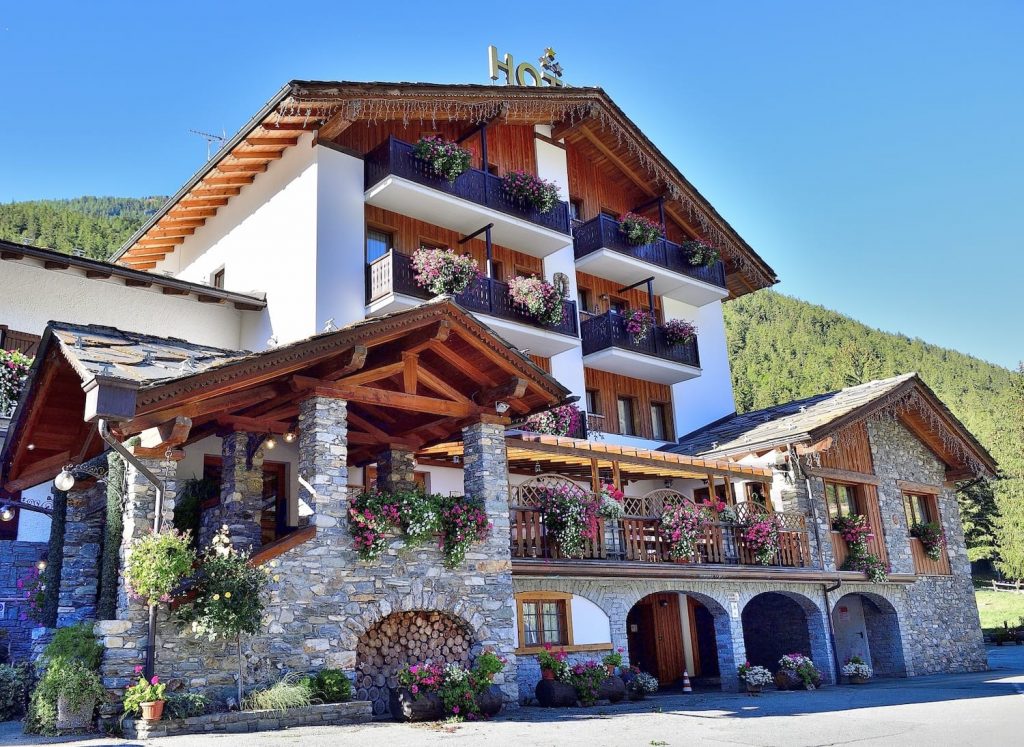 Hotel Beau Séjour is located in Etroubles, one of the oldest and the most beautiful medieval villages in Italy, also known for its “Musée en plein air”, located halfway between Aosta and Grand Saint-Bernard, along Via Francigena, it is a historical link for Canterbury and Rome. Our hotel, thanks to its location and the services it offers is appreciated by those who love good food and who wish to spend their holiday in contact with nature… 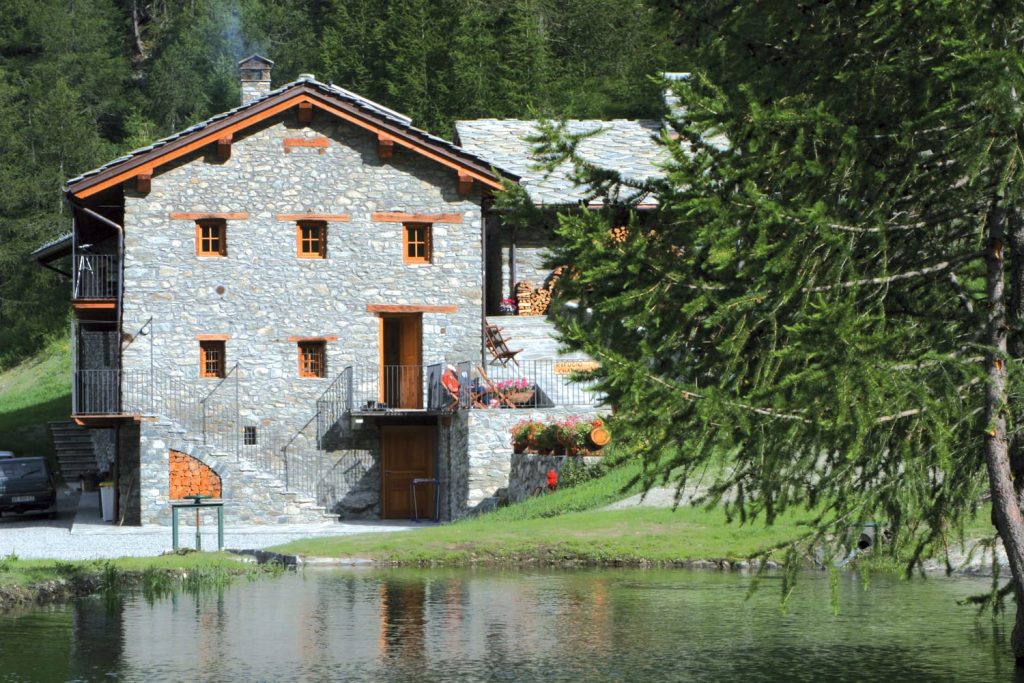 Refuge Chaligne is located at the foot of Alpe Chaligne , in the municipality of Gignod, it was inaugurated on 21 June 2006. The refuge was made by renovating a typical mountain hut. Special attention is paid to the eco-environmental aspect and to the respect of its pre-existing architecture. The restaurant offers traditional dishes from Aosta Valley, promoting dairy products from the mountain pastures that are active in the area. The structure is characterized by the love for its territory, traditions, local products, passion for art, architecture and design. 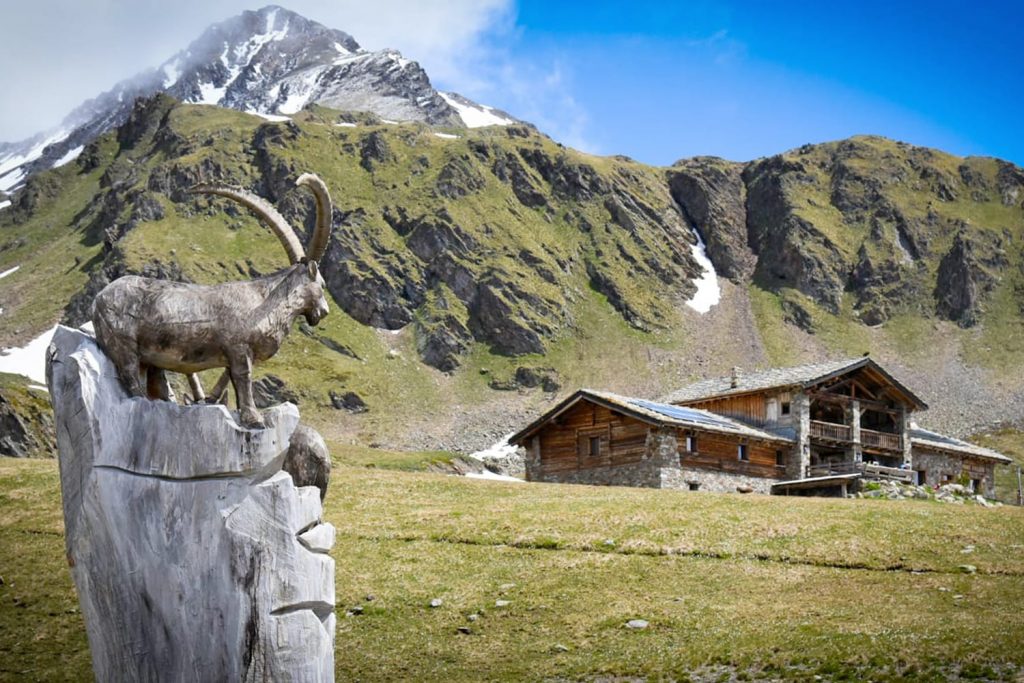 Refuge Mont Fallère was born from the dream of Siro Viérin, who wanted to show the public the places of his childhood. The shelter, built from scratch on a land owned by the Viérin family, is located a few steps from the alpine pasture where Siro used to spent his time during the summer. It is known for the numerous wooden sculptures that are part of the “Viérin Open Air Museum” all along the path n 13 from the refuge to Vétan. Opened on 28 July 2012,the refuge is located in an area between Mont Fallère, from where it gets its name, and Monte Rosso di Vertosan, near Lac des Grenouilles in the municipality of Saint Pierre, in the village Les Crottes.

Accomodation on the variants 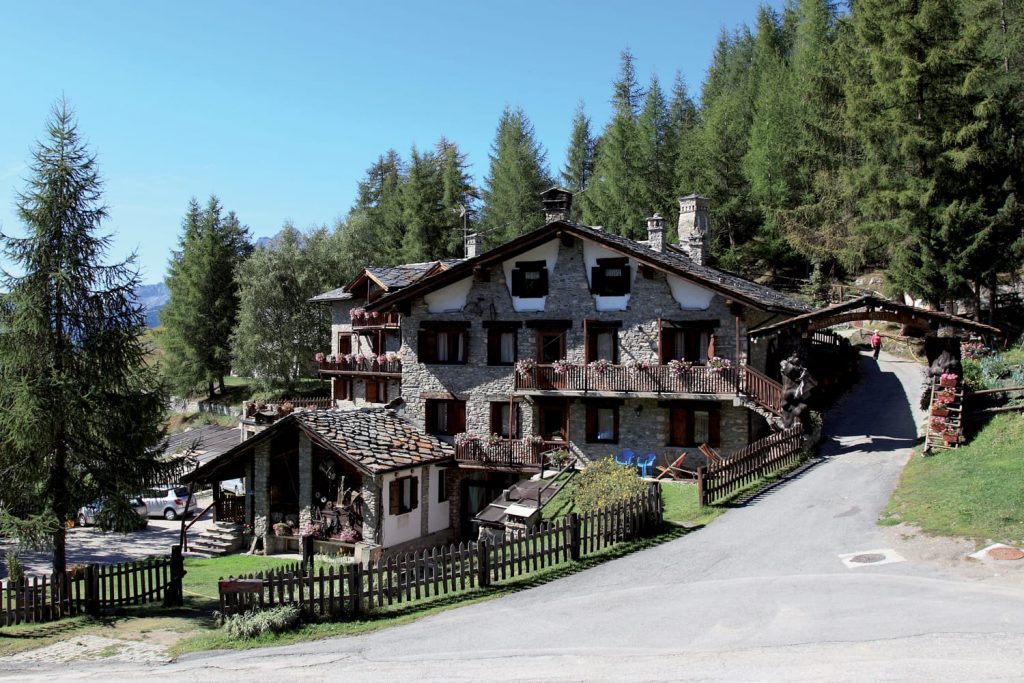 Our family-run hotel is located in a sun-drenched village at an altitude of 1800 m. The hotel is made of stones and wood, which are typical building materials used in the Alps. We have 22 rooms, spacious shared areas and a luminous restaurant. 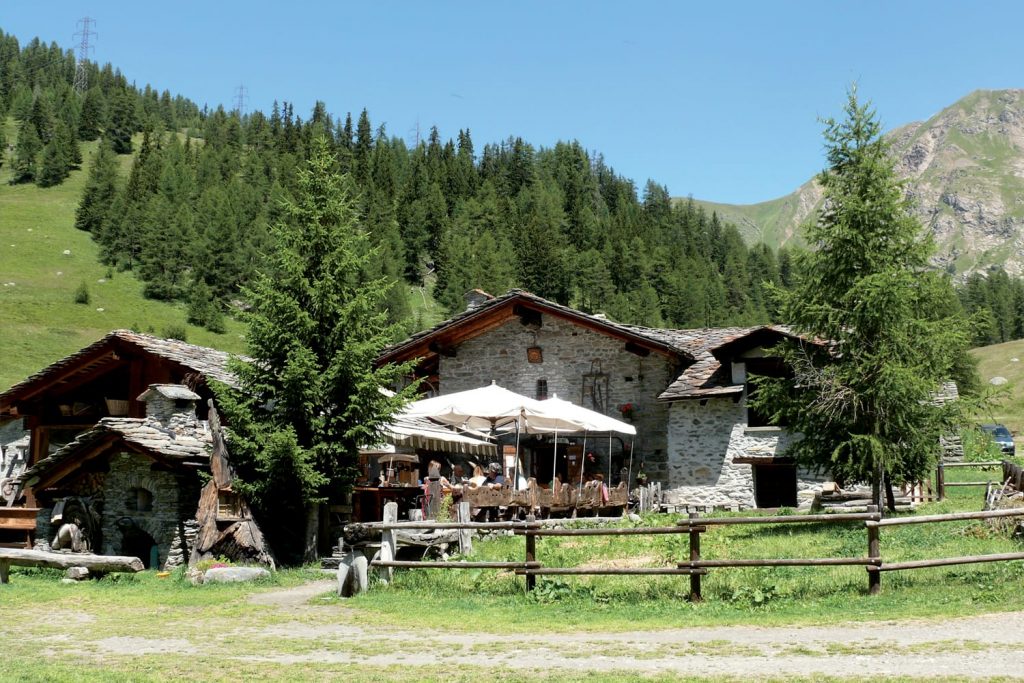 Located at the foot of Verti-San Combo, in Jovencan village at 1,864 metres above sea level, the bar- restaurant LO GRAND BAOU is a benchmark of the traditional Aosta Valley cuisine from the last three generations.
It is a renovation of a mountain pasture farm built in the 16th century.
Since 2013, on the occasion of its 40th anniversary it also provides accommodation in one of its five beautiful rooms.

Close to the charming village of Saint-Rhémy-en-Bosses, which is the starting point (or return point) of the Mont Fallère Tour, there are two cozy and welcoming apartments where you can stay for the night in a peaceful location before the departure of your journey.
The apartments accommodate up to 2 people and they include a double bedroom, a fully equipped kitchen and a large bathroom.
Price per night 45,00€.
On request sheets and towels for 5 euro.